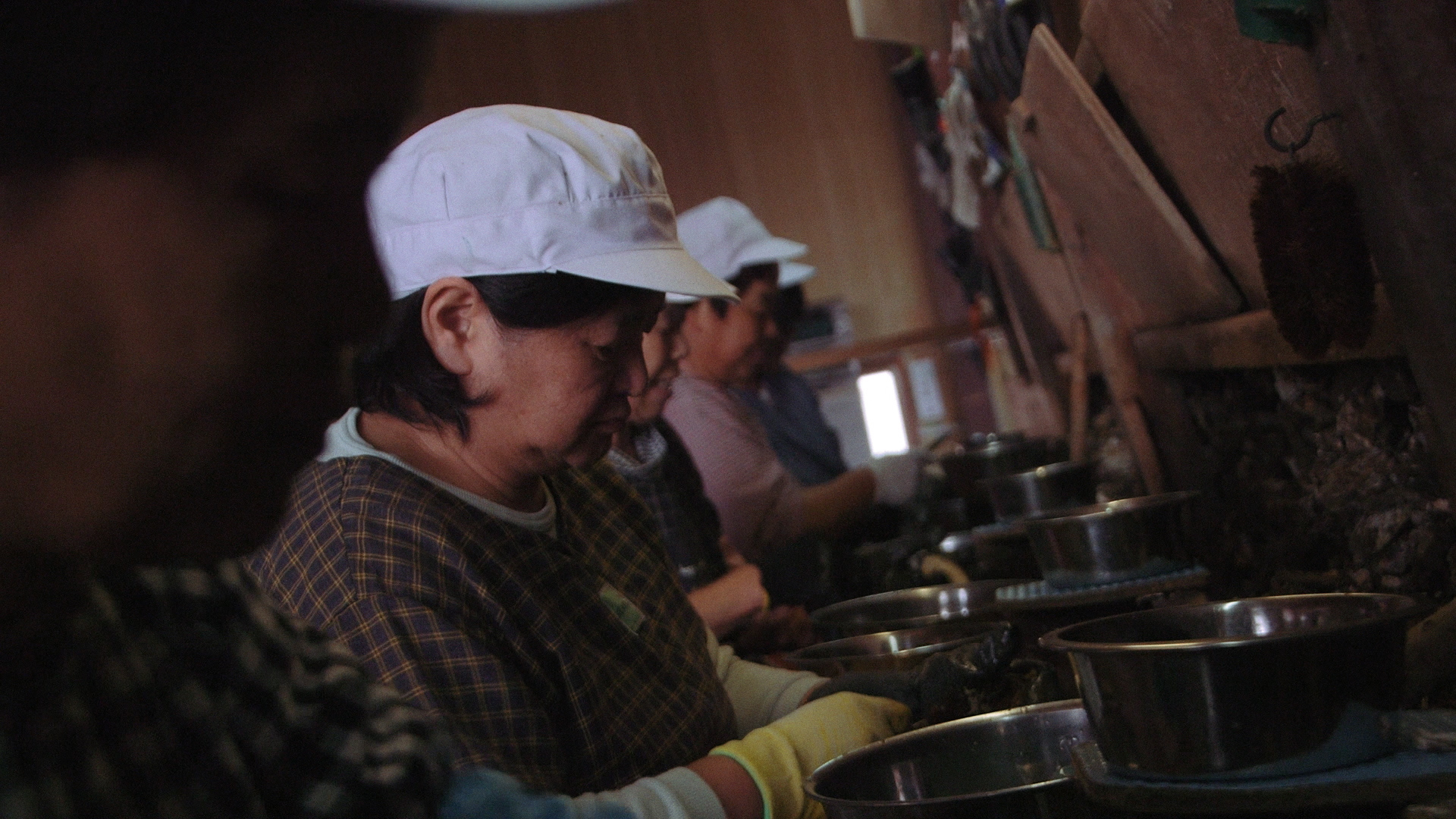 In the Japanese town of Ushimado, the shortage of labor is a serious problem due to its population’s rapid decline. Traditionally, oyster shucking has been a job for local men and women, but for a few years now, some of the factories have had to use foreigners in order to keep functioning. Hirano oyster factory has never employed any outsiders but finally decides to bring in two workers from China. Will all the employees get along?

Ren’s best buddy dies a mysterious death. When he finds a painting of a woman that Kaoru left behind, he sets off on a journey to find her. This film depicts Ren’s radiant rediscovery of life as he works through his friend’s death. It presents a poetic portrayal of his sorrow, his insuppressible feelings, and the momentum of other lives affected by Kaoru’s passing. Delicate emotions are artfully portrayed by some of Japan’s most promising young actors; Taiga, Ryuju Kobayashi, and Mei Kurokawa. Tokyo Sunrise is directed by 26-year-old Ryutaro Nakagawa, the rising new talent from Japan. His latest film, “August in Tokyo”, had its international premiere at GINMAKU-SPECIAL 2015. 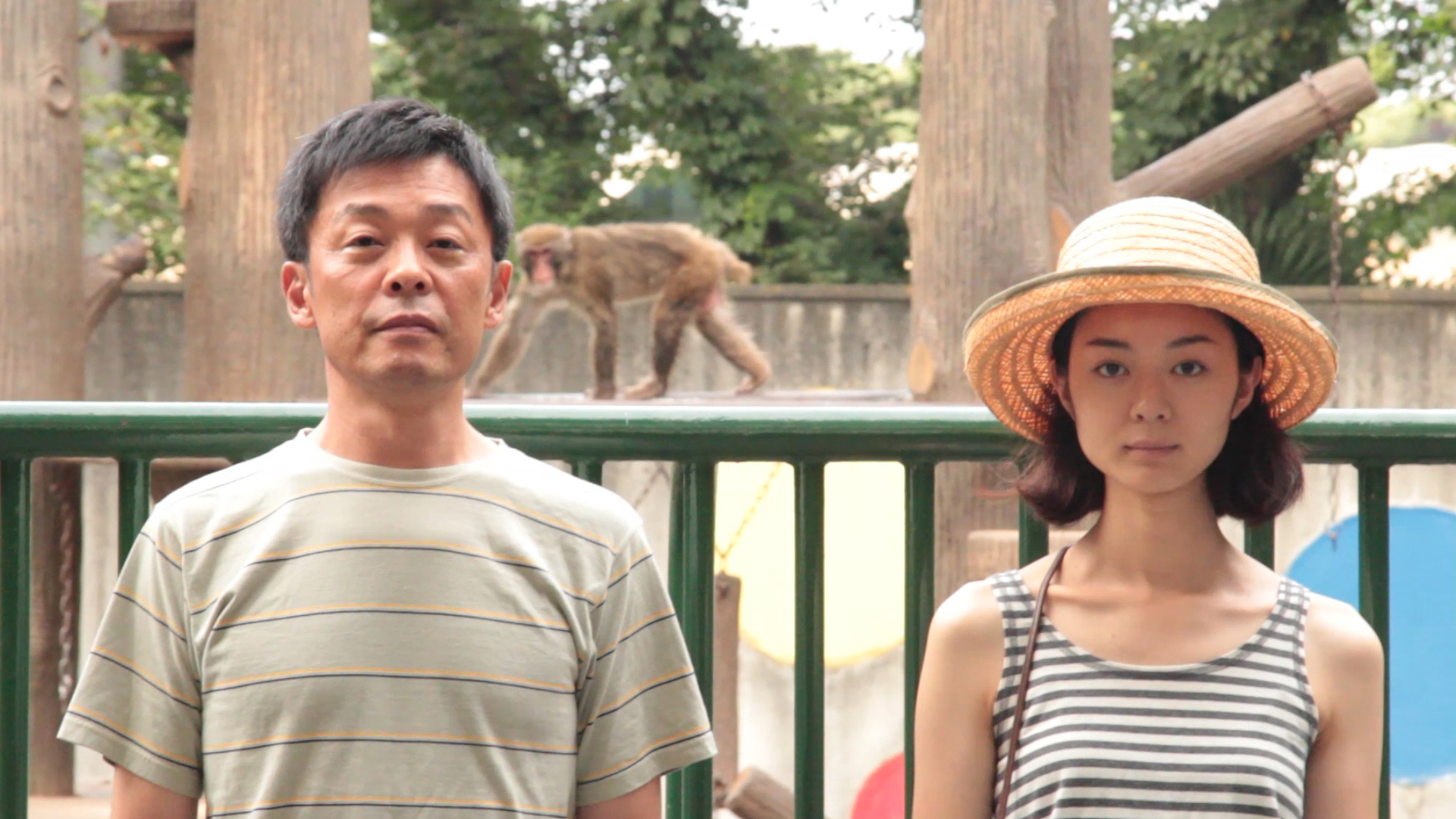 In a corner of Tokyo a man named Natsuo lives as a yakuza, and a woman named Natsuki works part-time. Although they rarely think about their families, they attempt to reunite with them. Brother and sister, father and daughter; the distance between them begins to shrink, but things do not always go the way they were planned. A powerful human drama directed by 25 year-old Ryutaro Nakagawa, the rising new talent from Japan. 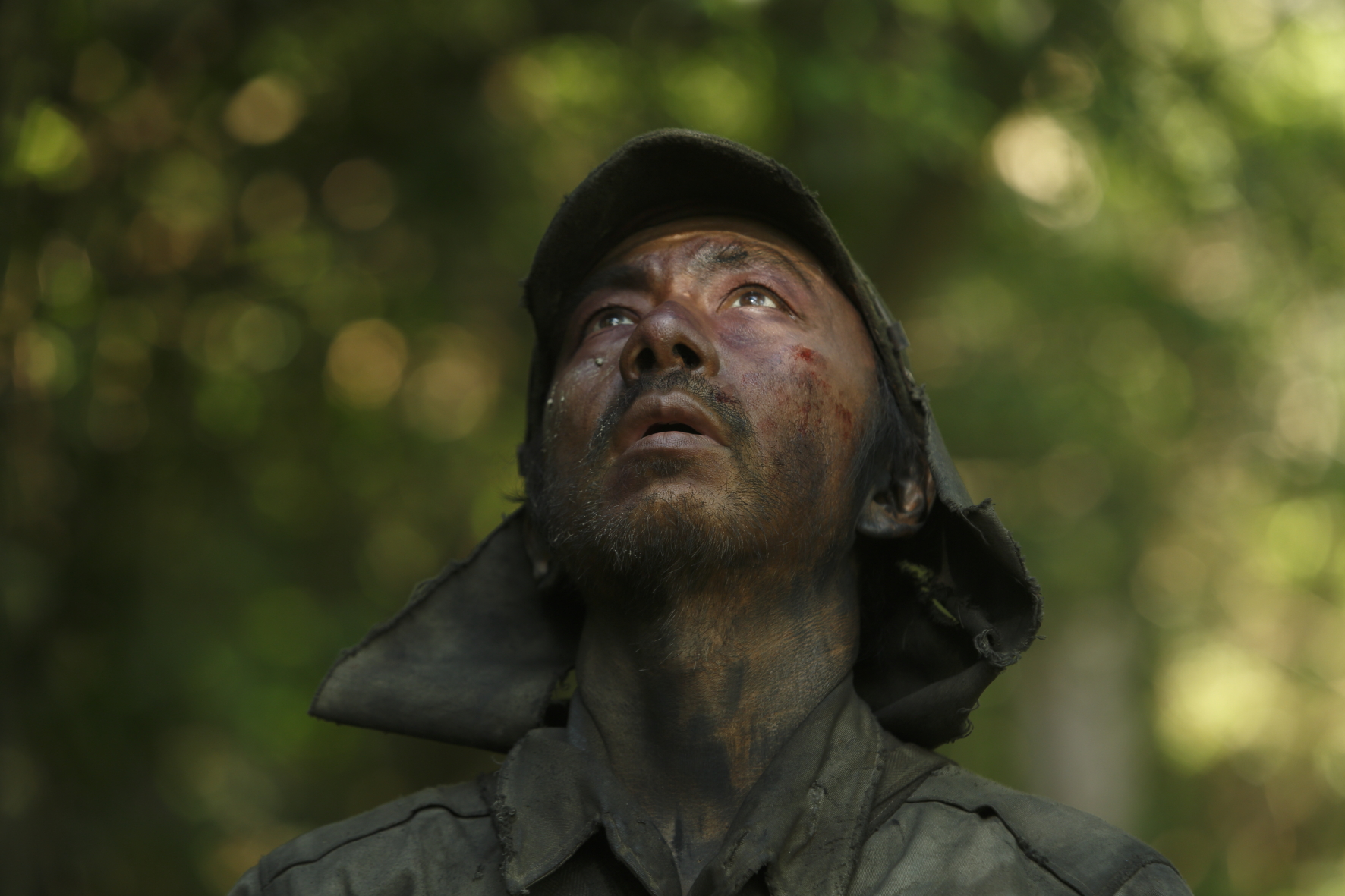 In the final stages of WWII, the occupying Japanese army in
the Philippines is rapidly losing ground, facing local resistance combined with an American offensive. The final few Japanese survivors, having almost been wiped out, have crossed the threshold into a realm where there are no friends, no enemies and no God. 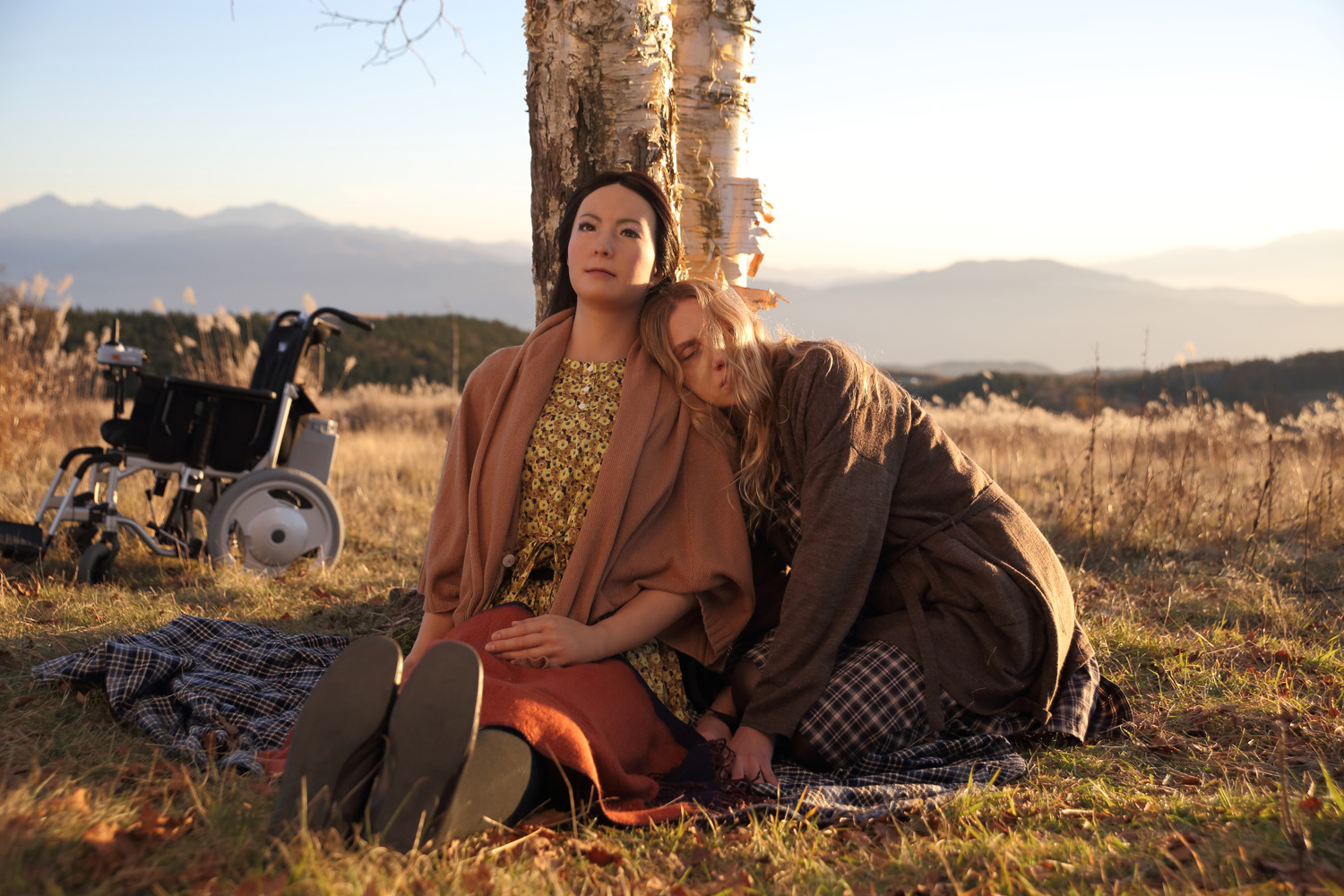 The world’s first human-android acting duo, called Android Theatre Project, is the collaborative brainchild of noted Japanese playwright Oriza Hirata and the leading robotics scientist Hiroshi Ishiguro. Sayonara is a remarkable android play and has been adapted to feature film by the acclaimed filmmaker Koji Fukada (Hospitalité, Au revoir l’été). In this film project the setting of the story is largely expanded, depicting time and space in a way that can only be achieved through film, examining life and death though the communication between a dying human and an immortal android. 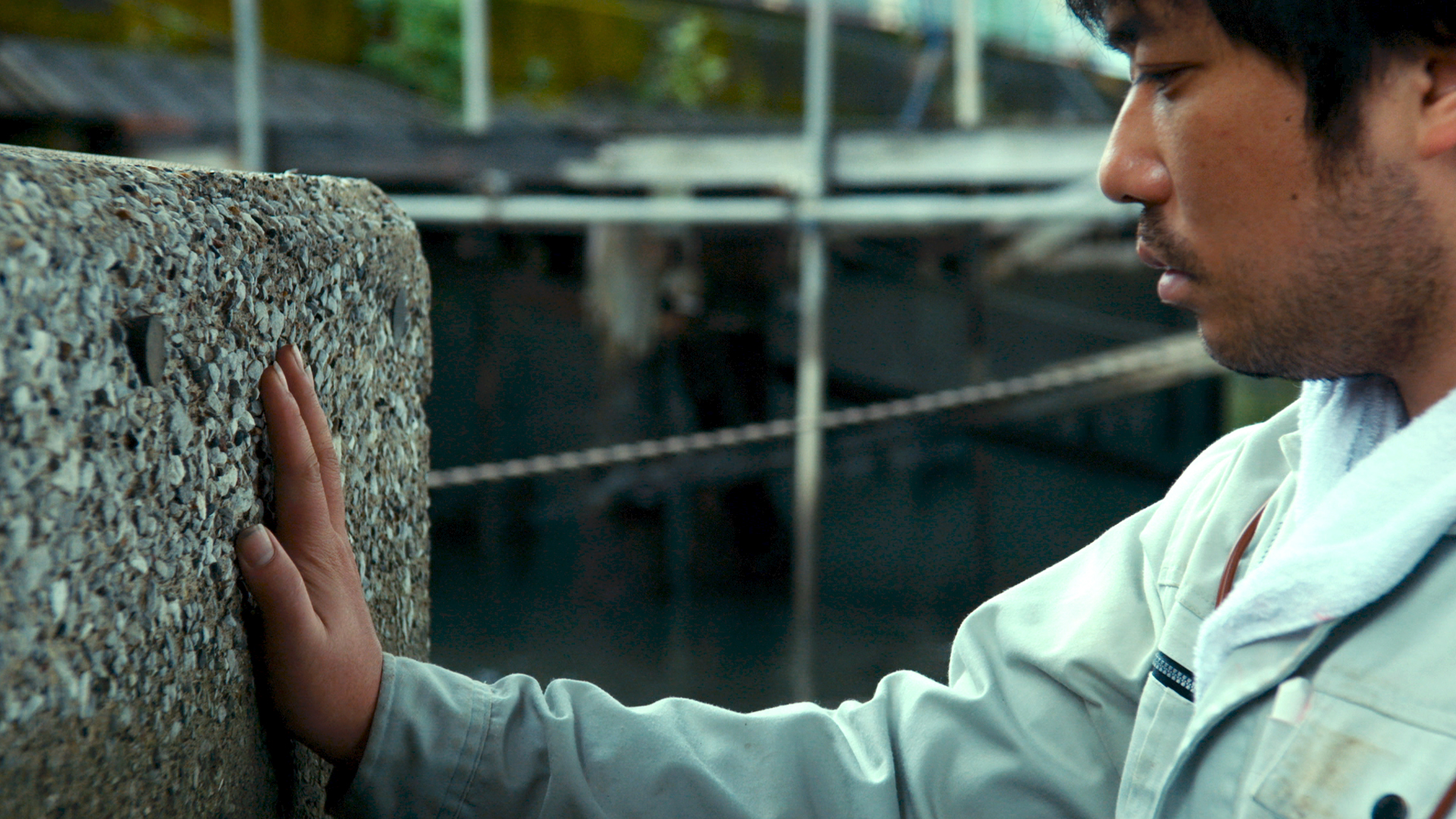 In Three Stories of Love, director Ryosuke Hashiguchi aims to sensitively portray the voices of ordinary people. Atsushi, who lost his wife by a random killer on the street. Toko, a housewife with her disinterested husband and mother-in-law. Shinomiya, a homosexual lawyer. Each of the leading roles star very new actors, hand-picked by the award-winning director. The film’s script was developed in a workshop setting, tailoring each character to the actor’s strengths. True-to-life stories, made with a love for detail.
89th Kinema Junpo Awards: Best Director / Best Screenplay / Best Japanese Feature Film

When I was most beautiful この国の空    Buy Ticket

When I was most beautiful, my country lost the war.
Tokyo in 1945, frequent air raids and a lack of food and supplies signal imminent defeat for Japan. This film is set in Suginami, Tokyo, towards the destitute final years of WWII. 19-year-old Satoko falling passionately in love with her older married neighbour, Ichige, who was spared from the draft due to his weak health.
As the end of the war draws closer, Ichige sparks Satoko’s sexual and emotional awakening; as their relationship grows more intimate, their fate becomes entangled in the violence of war. Haruhiko Arai, one of the most acclaimed screenwriters in contemporary Japanese cinema, returns to the director’s chair after 18 years to deliver his passion project. 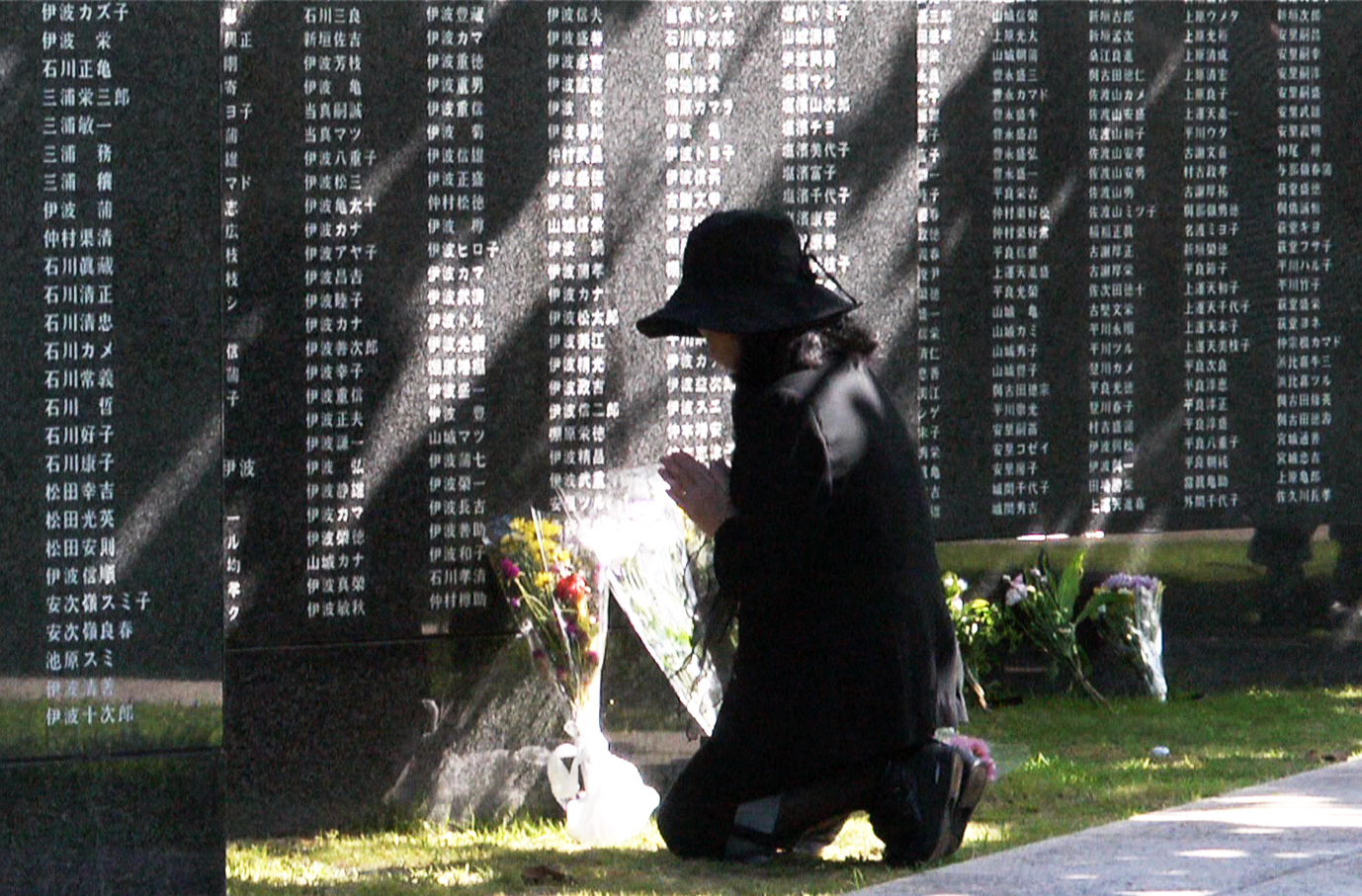 On April 1, 1945, the United States military launched its invasion of the main island of Okinawa, the start of a battle that was to last 12 weeks and claim the lives of some 240,000 people.

This film depicts the Battle through the eyes of Japanese and American soldiers who fought each other on the same battlefield, along with Okinawa civilians who were swept up in the fighting, complemented by extensive archival footage from the US National Archives.

The film also depicts the history of discrimination and oppression forced upon Okinawa by the American and Japanese governments, from the postwar occupation through the present. Carrying up to the current controversy over the construction of a new base at Henoko, the film explores the root causes of the widespread disillusionment and anger expressed by many Okinawans.

This ambitious documentary was directed by the American John Junkerman, long-term resident of Japan and Oscar-nominated documentary filmmaker. Okinawa: The Afterburn is a heartfelt plea for peace and an expression of deep respect for the unyielding spirit of the Okinawa people. 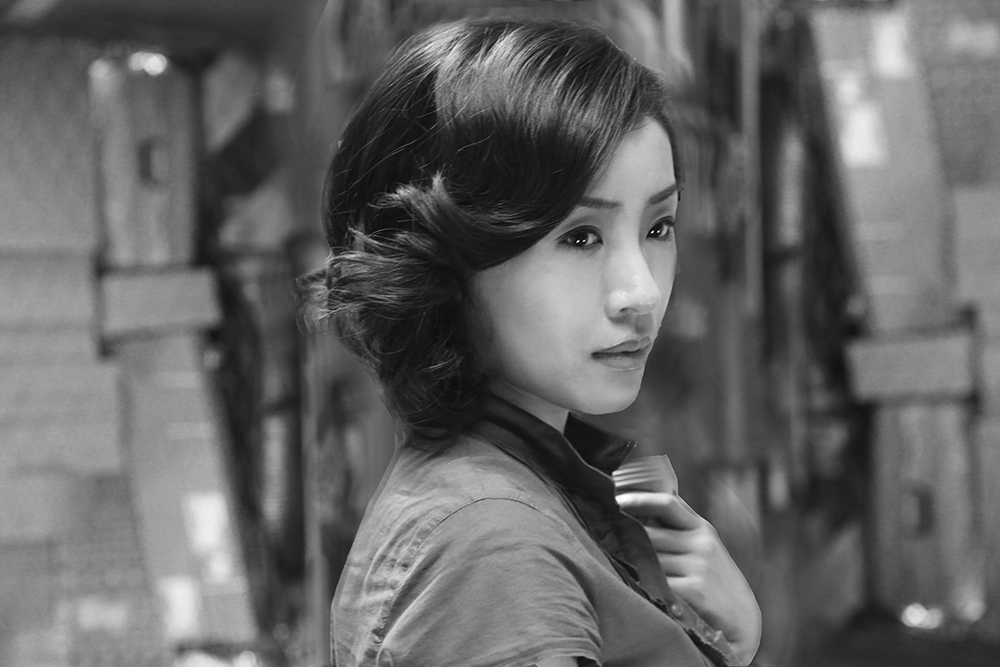 As Mankind continued to make devastating mistakes, their numbers dropped drastically. It is peaceful in space. Machines dominate and 80% of the population are robots with AI. Humans are now an endangered species in the universe. While science has progressed, humans rarely live to 100. Human existence is just the flicker of a candle flame. Machine ID 722 Yoko Suzuki is an android. She is onboard Rental Spaceship Z with its retro interior design. With the onboard computer 6-7 MAH Em, she travels from one star system to another, delivering packages to humans. Boredom is not a concern for androids although space travel can be extremely tedious. She occupies herself with cleaning, recording her voyage log, and sometimes repairing the malfunctioning 6-7 MAH Em. The director Sion Sono established his own film production company Sion Productions in 2014 and The Whispering Star is its first production. 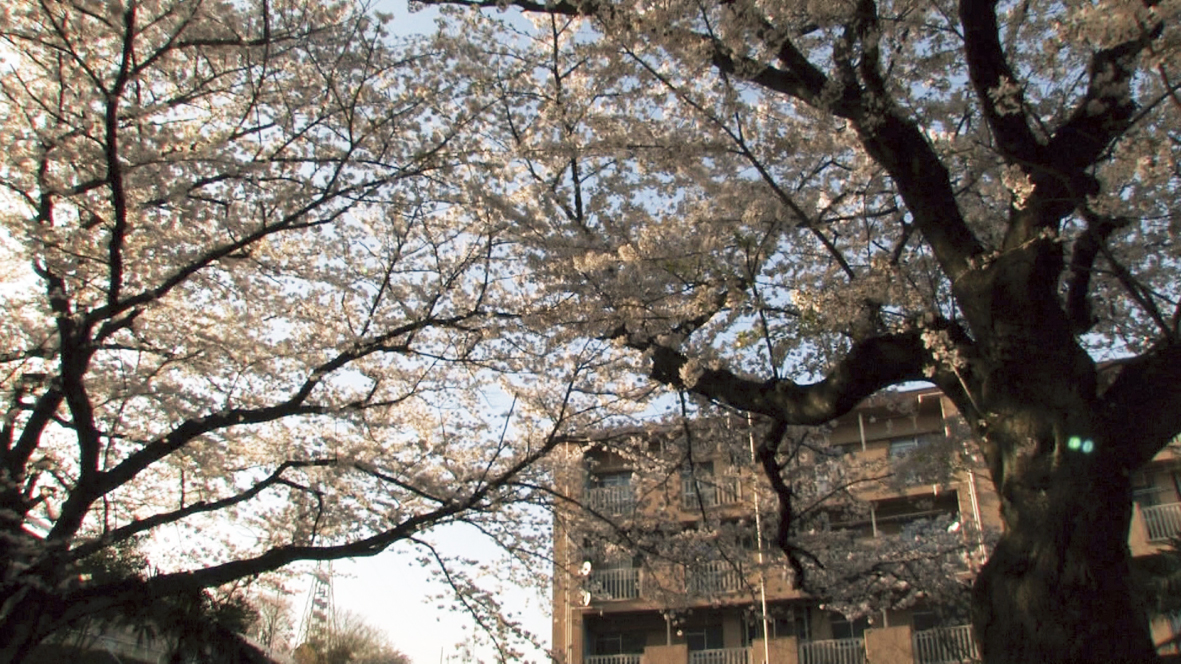 Feature documentary debut of 29 year old director Kei Tanaka. In the Japanese town of Kawasaki, elderly residents who have lived hard lives are now facing their own death at a public housing complex called “Danchi“. The young director explores and depicts the ageing population in Japan by focusing on the personal lives of few individuals who live quietly on the outskirts of society. While some of the protagonists chose to interact and establish friendships with their fellow elderly residents, others prefer to spend the rest of their years in solitary. 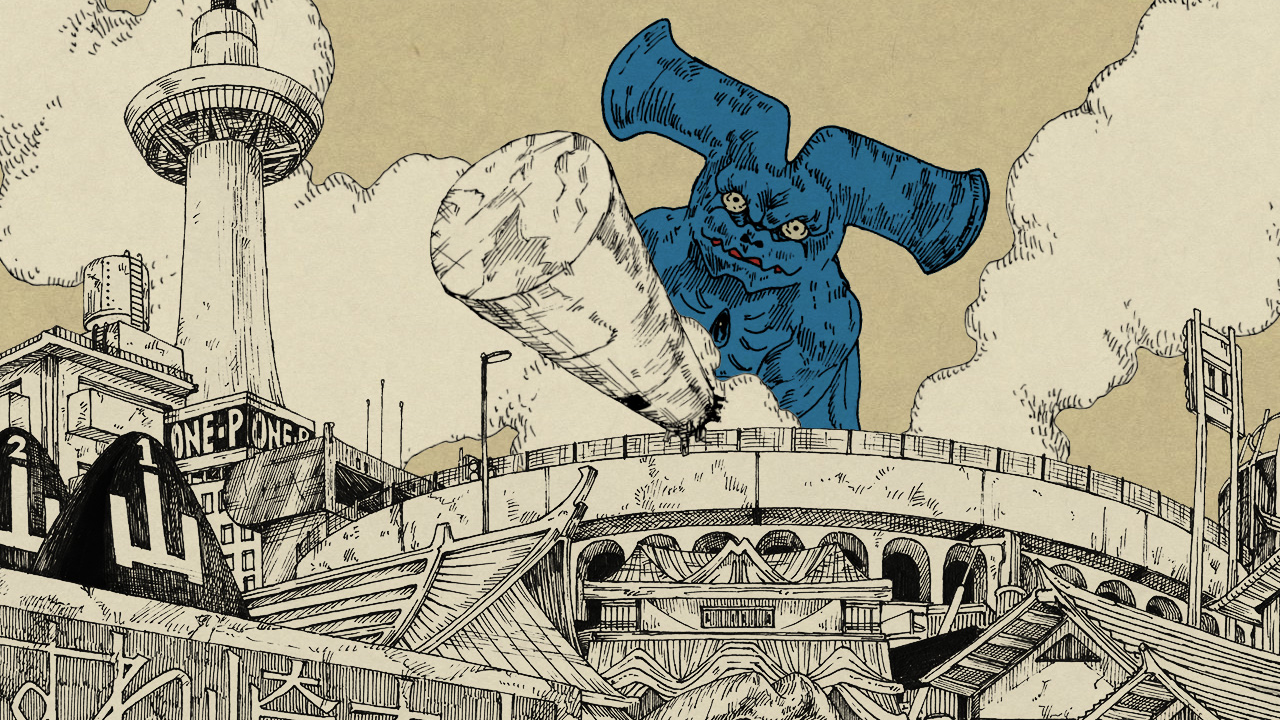 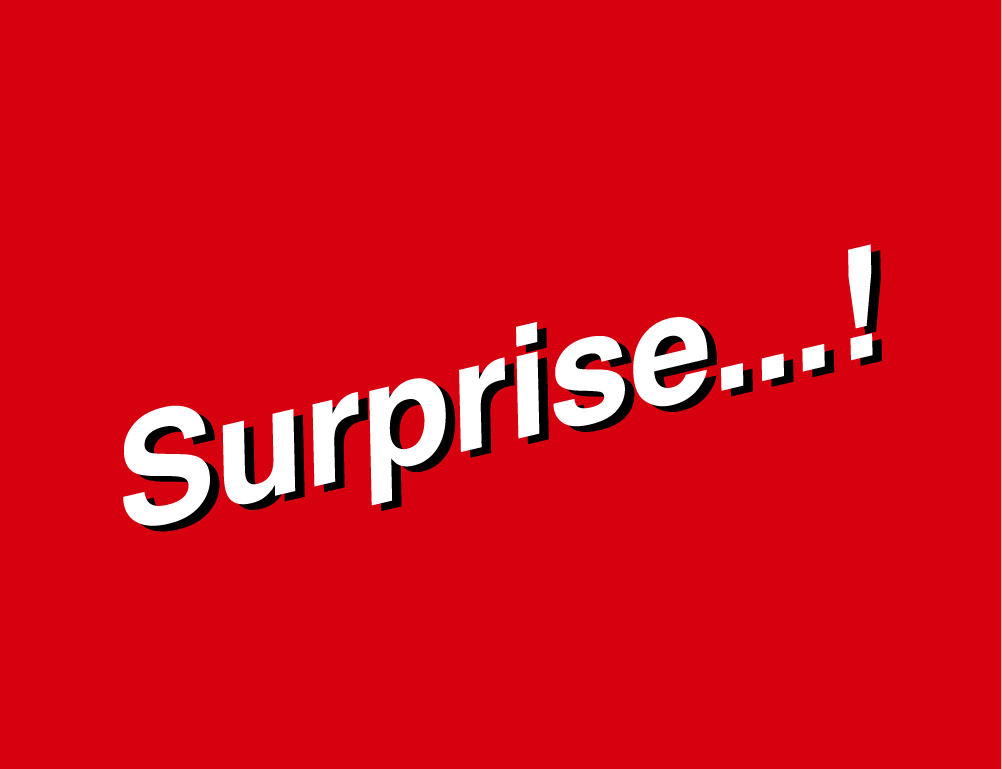 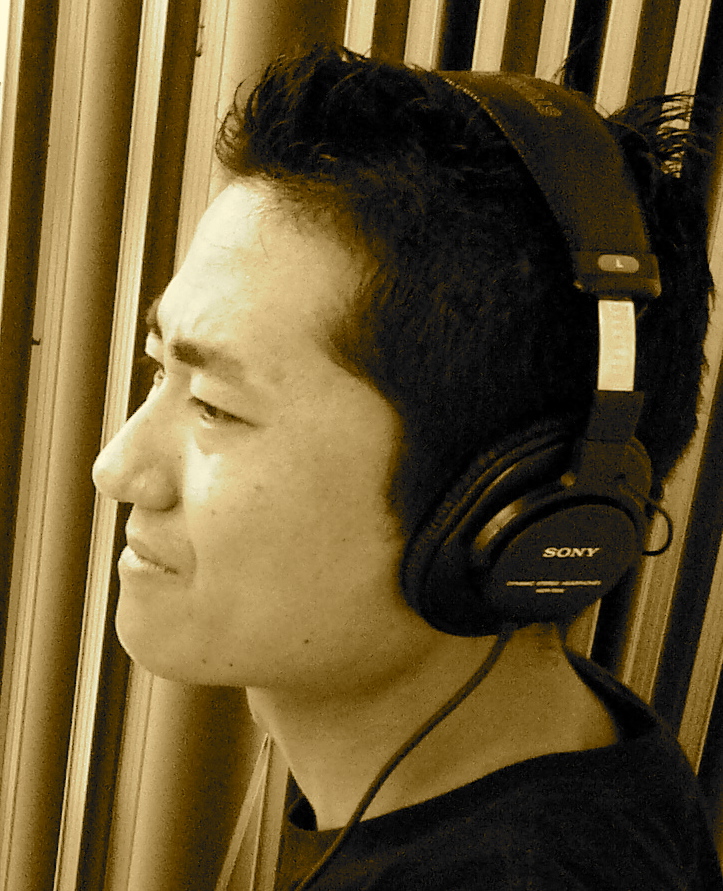 Kazuhiro Soda is an award-winning Japanese filmmaker based in New York. He is known for his observational method and style of documentary filmmaking in which he strictly prohibits himself from doing pre-shoot research or meeting in order to minimize preconceptions and to make unexpected discoveries while filming. He is also the author of five books published in Japan. 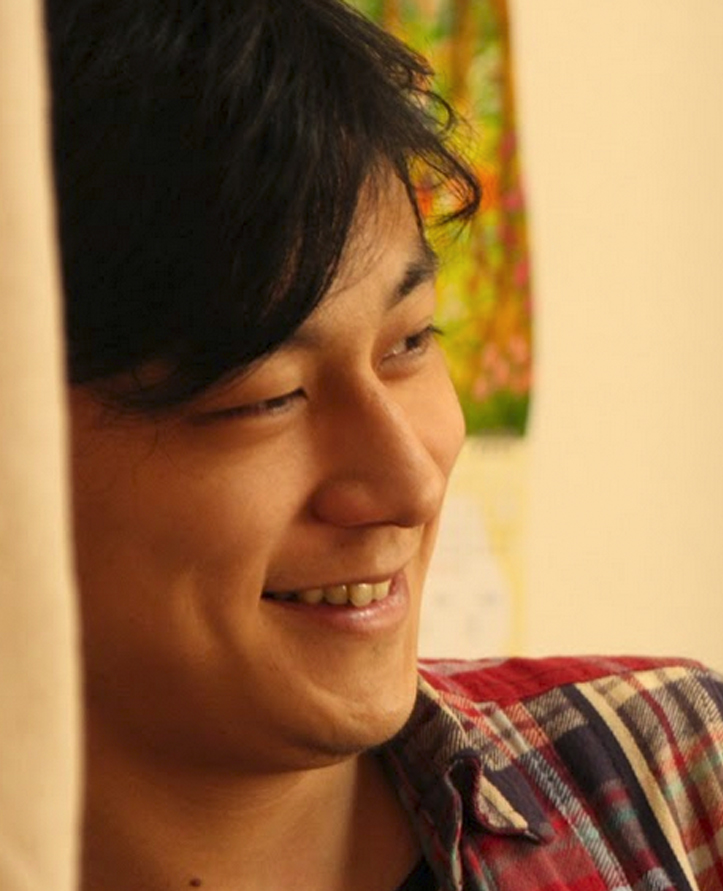 Ryutaro Nakagawa is a young talented film director from Japan. After having founded a new film production company called Tokyo New Cinema, Nakagawa’s movies have been repeatedly shown in Tokyo. As he claims, “the new generation of Japanese film will brighten the society.” Various established actors have expressed their wish to act and be involved in a Nakagawa film. Tokyo New Cinema produces / distributes / promotes their own films.