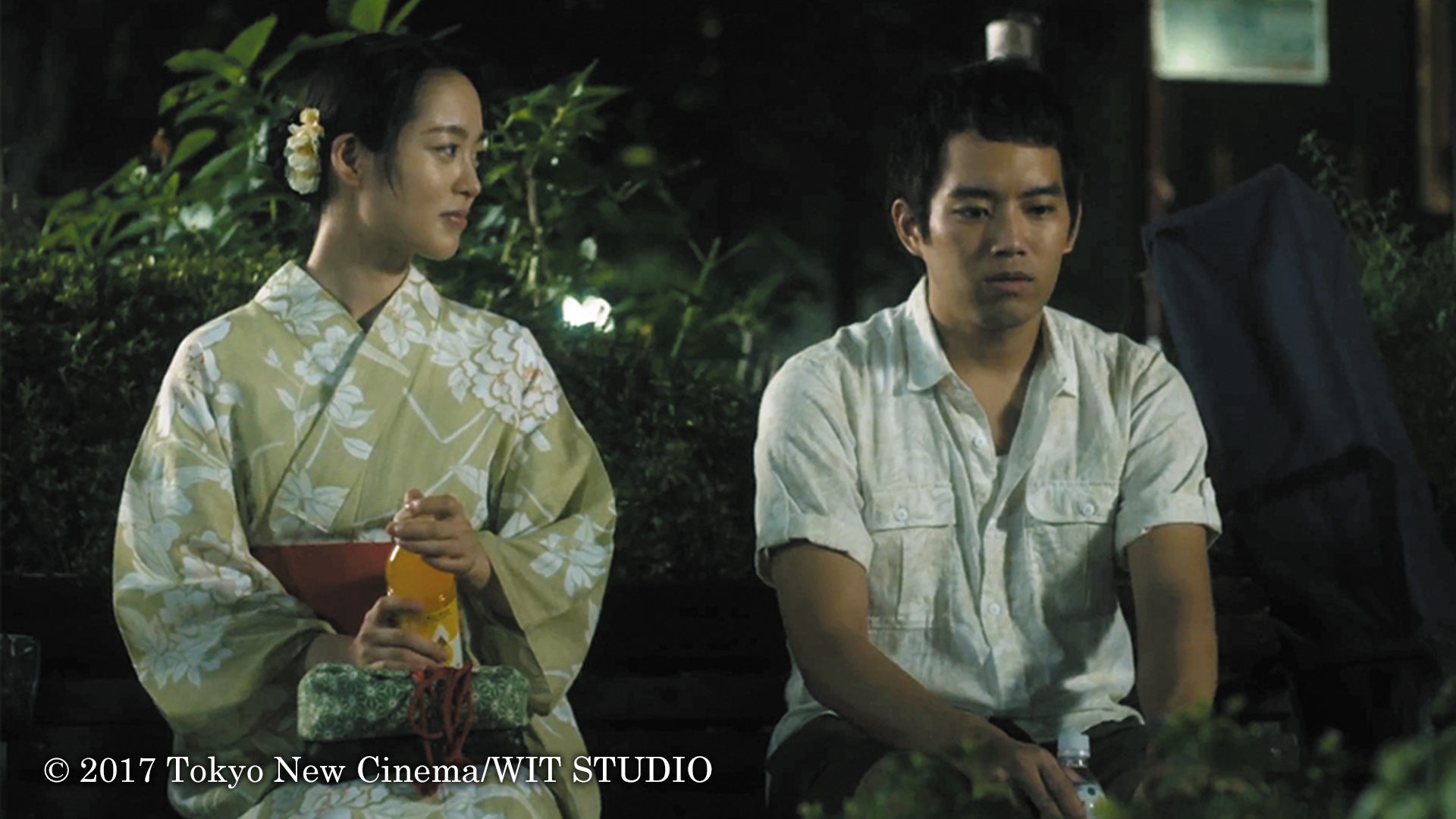 Hatsumi, 27 years old, has a secret. Three years after her boyfriend died, she receives a letter from him. After encountering a former student, and a young artist, she confesses her past in the night of summer. ‘SUMMER BLOOMS’ is Nakagawa’s 3rd commercial feature film after been selected at GINMAKU-SPECIAL 2015 and GINMAKU 2016. This film represents the new generation of Japanese cinema. 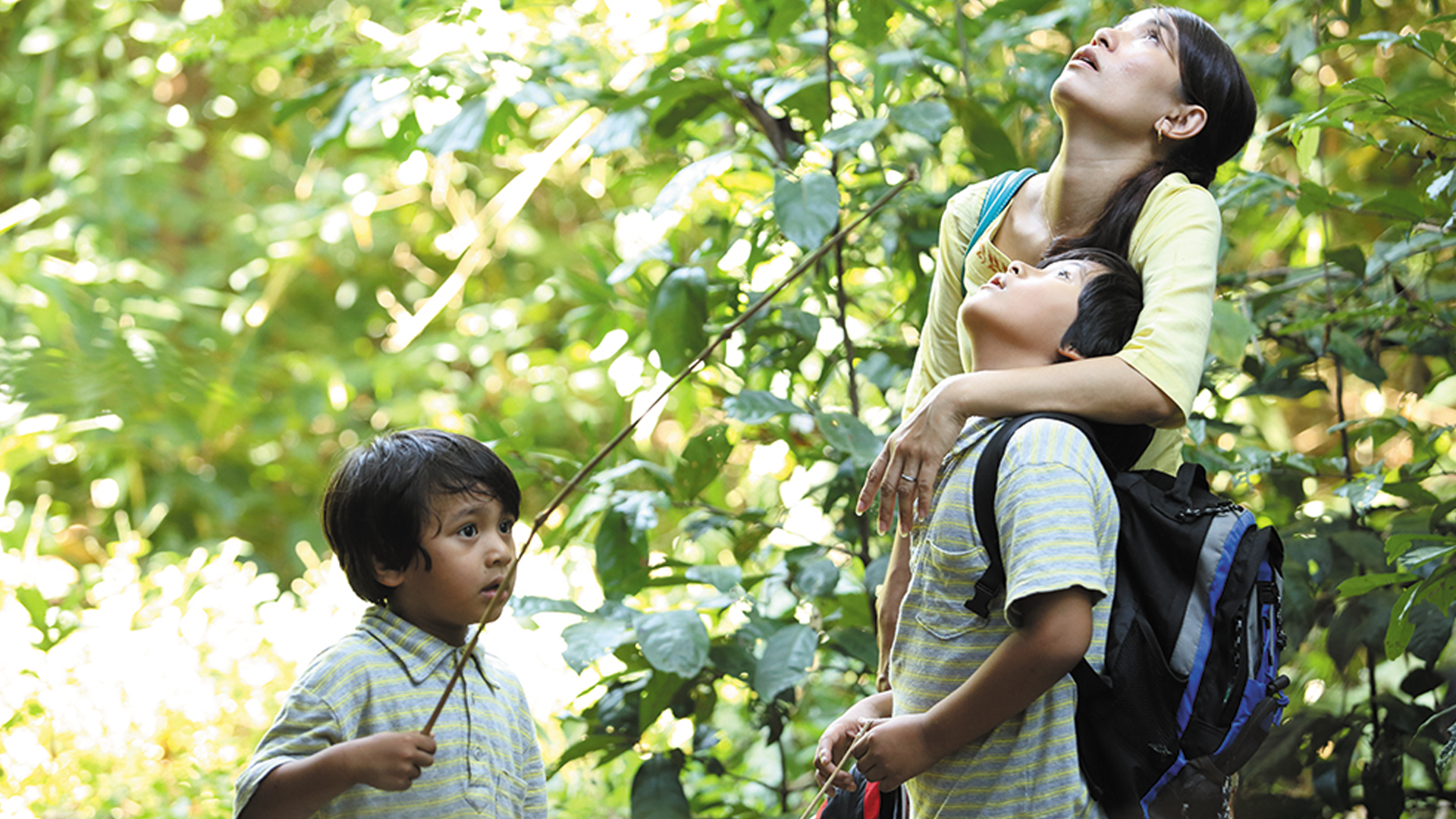 A Burmese family of four is living in Japan. One day they get a letter that will change their lives forever. Based on a true story, this is a tale of love that across the borders. Passage of Life is director Akio Fujimoto’s first feature length film and awarded Best Asian Future Film at the 30th Tokyo International Film Festival. 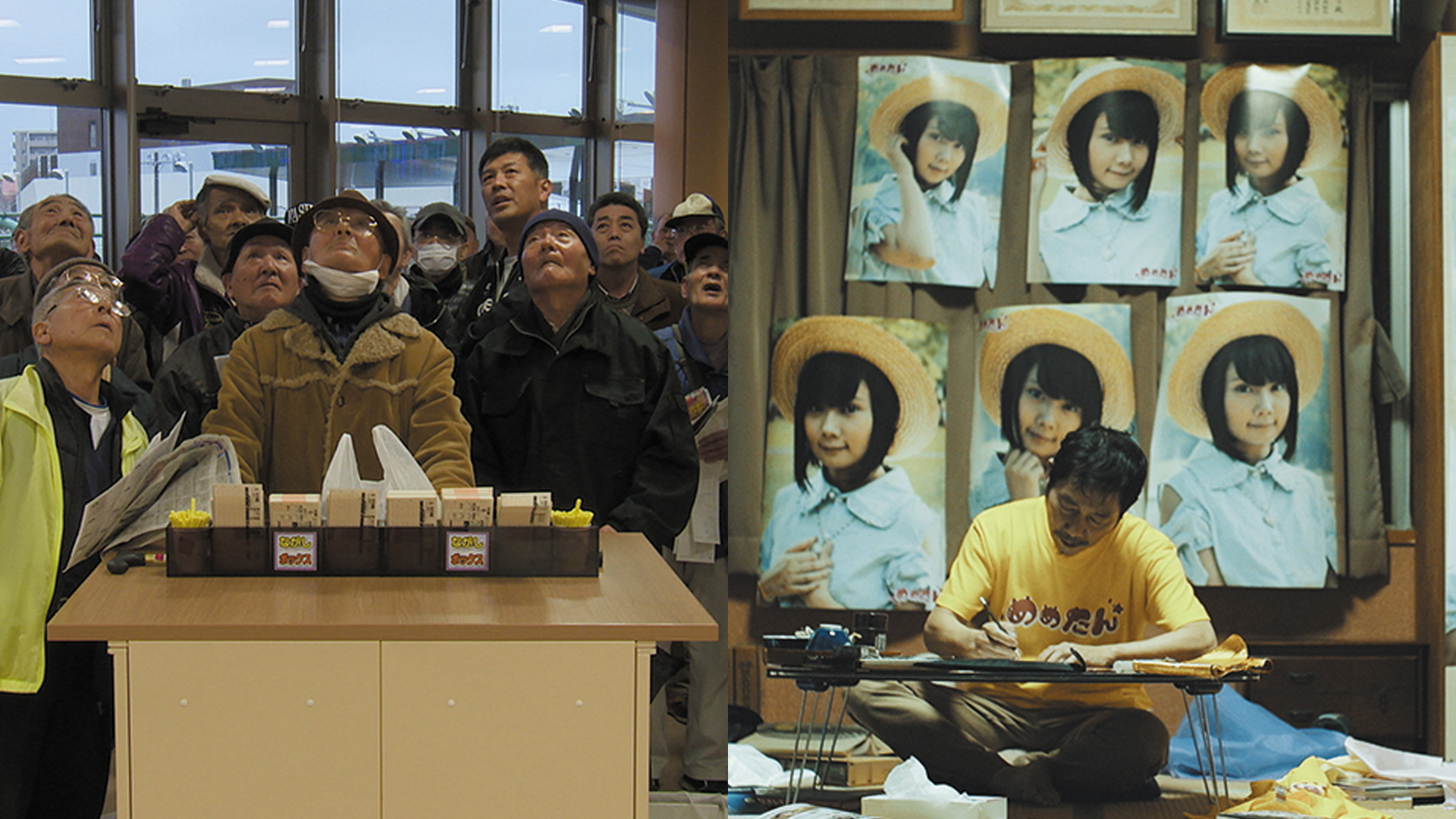 ［Kawasaki Keirin］
At a combination liquor shop and standing bar near Kawasaki velodrome, local bicycle racing fans gather and drink. Most are old men who struggle to make a living for themselves; most have lived in this town their whole lives. This film, frankly captured with a fixed camera, gives voice to the lives of the elderly men who have been left behind by Japan’s economy.

［Ochiru］
By unexpected fate, a taciturn and earnest textile craftsman veteran falls deeply for an underground local idol, Memetan. Kohei ends up having to create a stage costume for her and struggles with this new unexperienced field. Will the craftsman’s wholehearted feelings reach her? 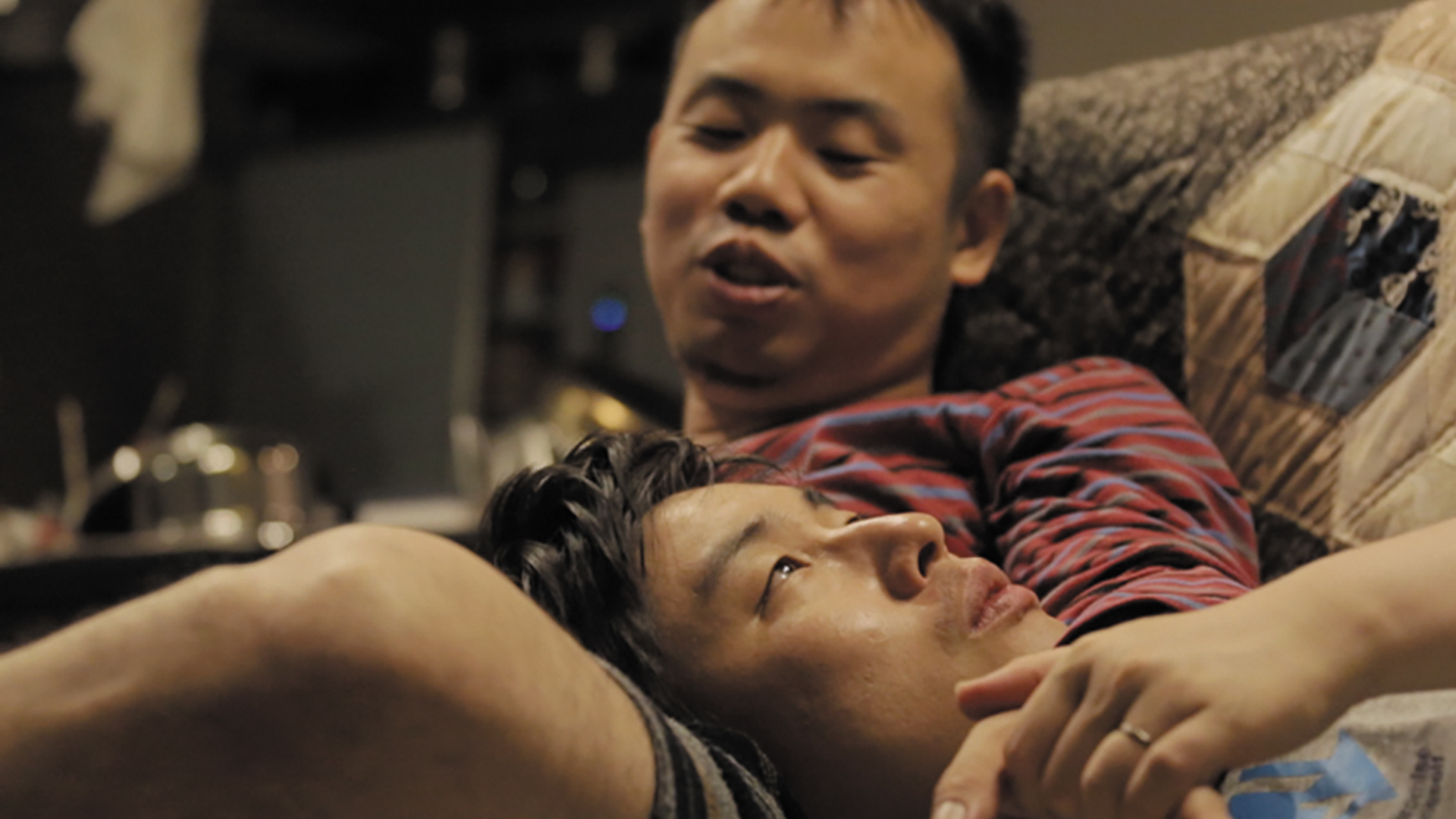 Fumi and Kazu are partners in love and law; they run the first law firm in Japan set up by an openly gay couple. As lawyers driven by their own experience of being outsiders, they attract a range of clients who reveal the hidden diversity of a country that prides itself for collective obedience, politeness and conformity. Tired of being silenced and made to feel invisible, the lawyers and their misfit clients expose and challenge the archaic status quo that deems them second-class citizens. With the backdrop of civil liberties under attack, the film poses universal questions about what it takes to be an individual, what it means to be a minority and what role a family plays in our increasingly polarized world. 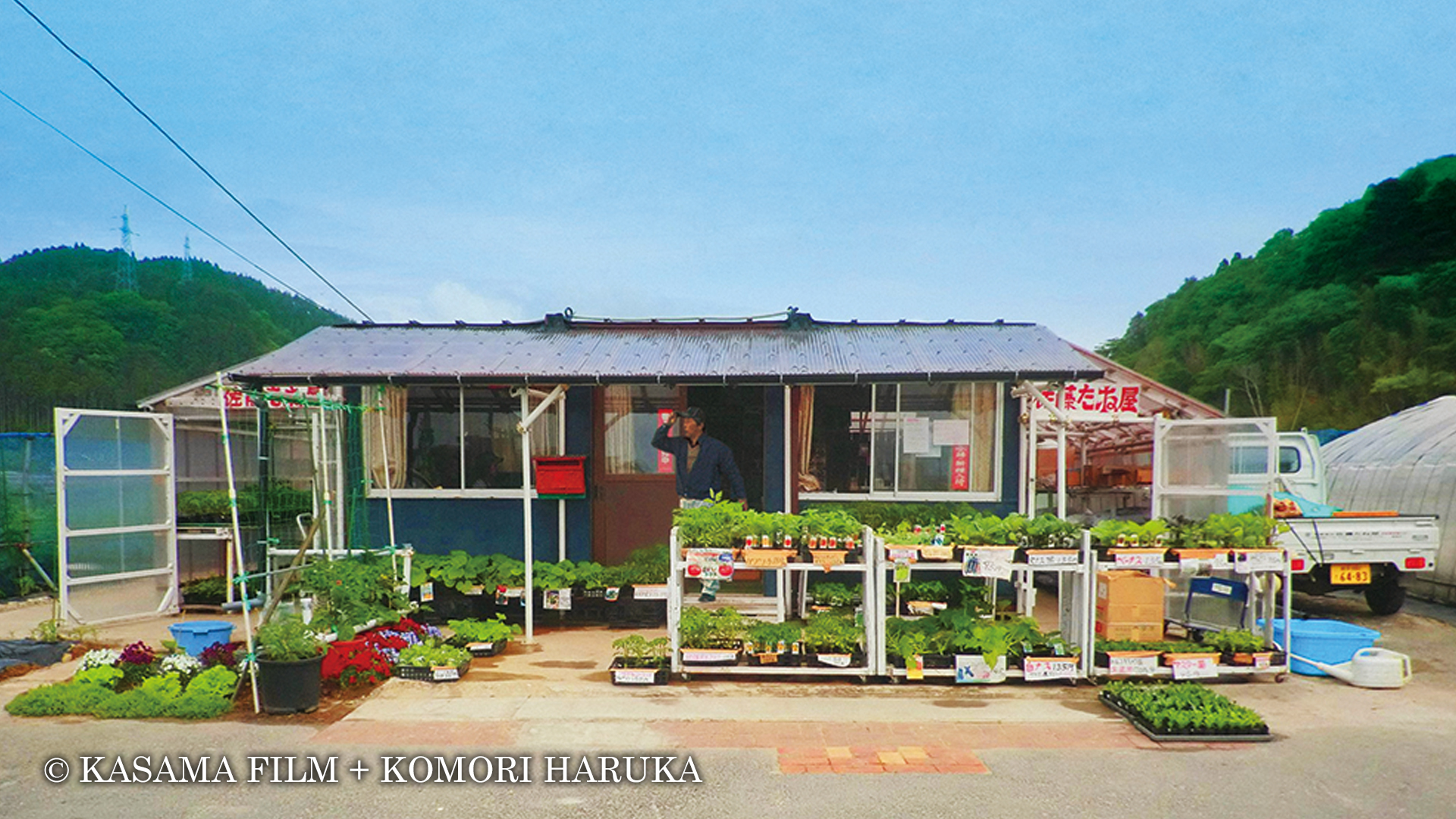 The film follows the owner of a seed and sapling business in Rikuzentakata, Iwate Prefecture, as he writes his thoughts and observations of the 2011 disaster down in English, of which he’s been a diligent student for years. It’s a film that could not have been made without the close relationship forged between the director, who moved from Tokyo to Rikuzentakata after the massive earthquake and tsunami, and her subject, who speaks calmly with no reserve. 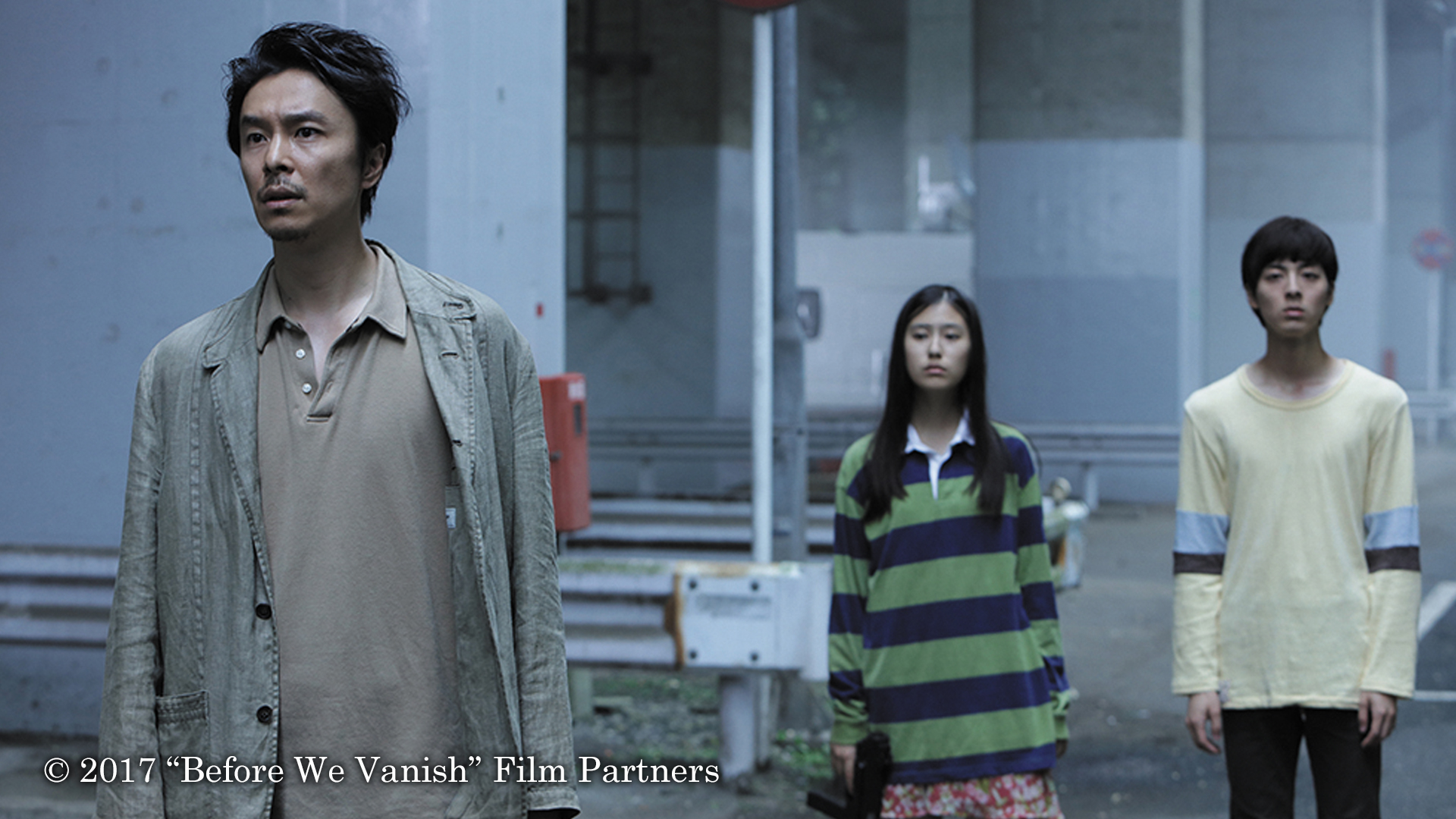 After going missing for several days, a man named Shinji mysteriously reappears, acting nothing like his former self. His relationship with his wife Narumi had been on the rocks, but now Shinji is calmer and kinder than before, which only serves to exasperate Narumi further. Shinji also has a bizarre new daily routine of strolling around the neighborhood and engaging strangers in deep, conceptual conversations with no apparent purpose. Elsewhere in town, a family is brutally murdered, and journalist Sakurai begins to investigate the odd circumstances of the killing.As an ominous mood spreads over an otherwise ordinary town, Sakurai and Narumi each try to understand what lies behind the spiraling chaos. One startling discovery leads to another, and they soon realize the psychological and spiritual essence of all humanity is at stake. 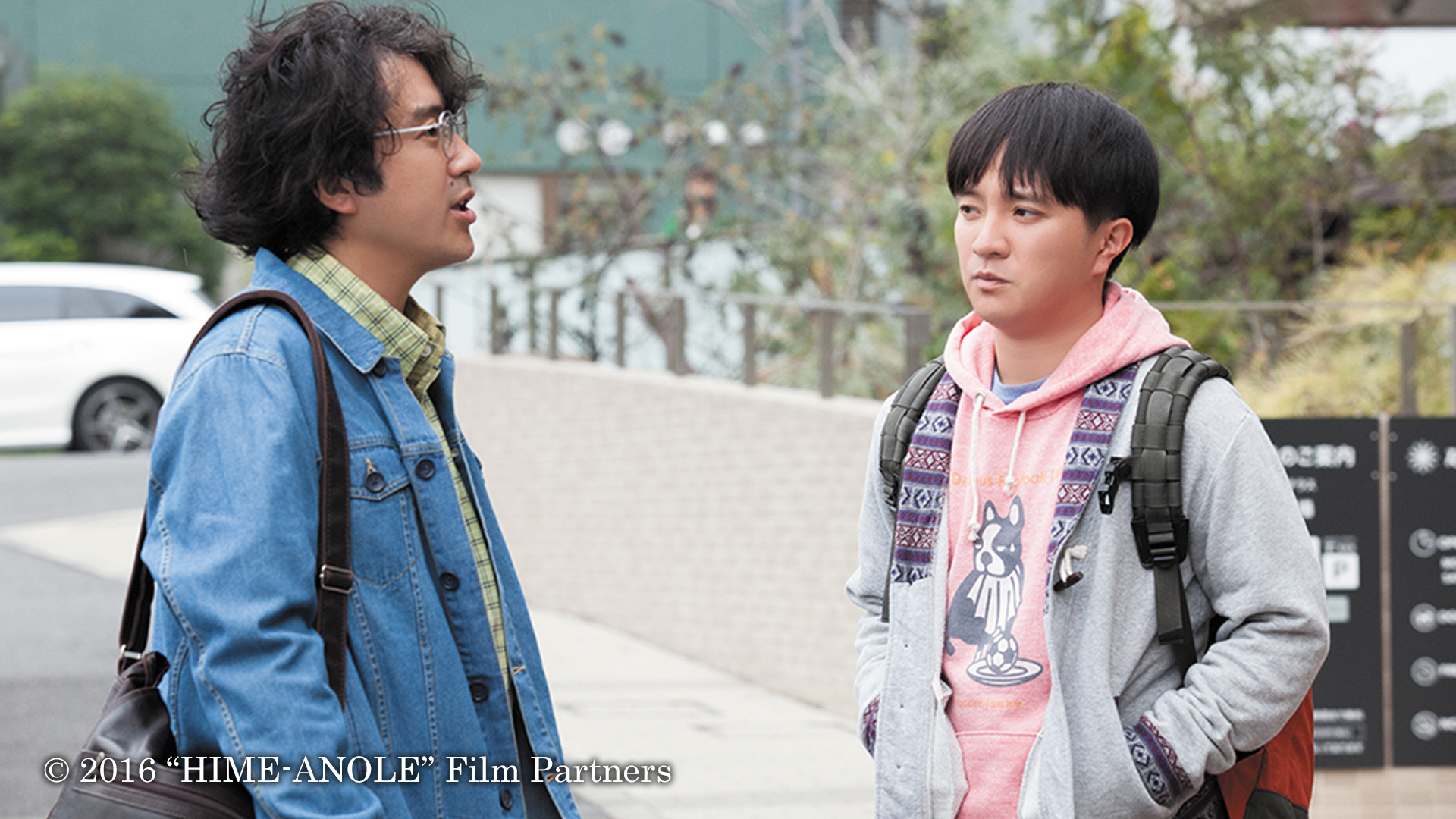 Okada works part-time at a cleaning company. Recently he has been feeling frustrated about his go-nowhere life. One day co-worker Mr. Ando asks Okada to help him in his quest to win the love of Yuka, a waitress at a nearby restaurant. Reluctantly Okada agrees and, by chance, meets high school classmate Shoichi Morita when at the restaurant. After seeing Okada and Morita talking, Yuka tells Okada that Morita has been stalking her. While Okada finds it hard to believe, he recalls how Morita was severely bullied throughout high school. He wonders if there may now be something amiss with his former friend. While the ordinary life drama between Okada, Yuka and Mr. Ando plays out, the deranged Morita engages in a spree of serial murders as he attempts to trap Yuka in his web of lust driven crime. 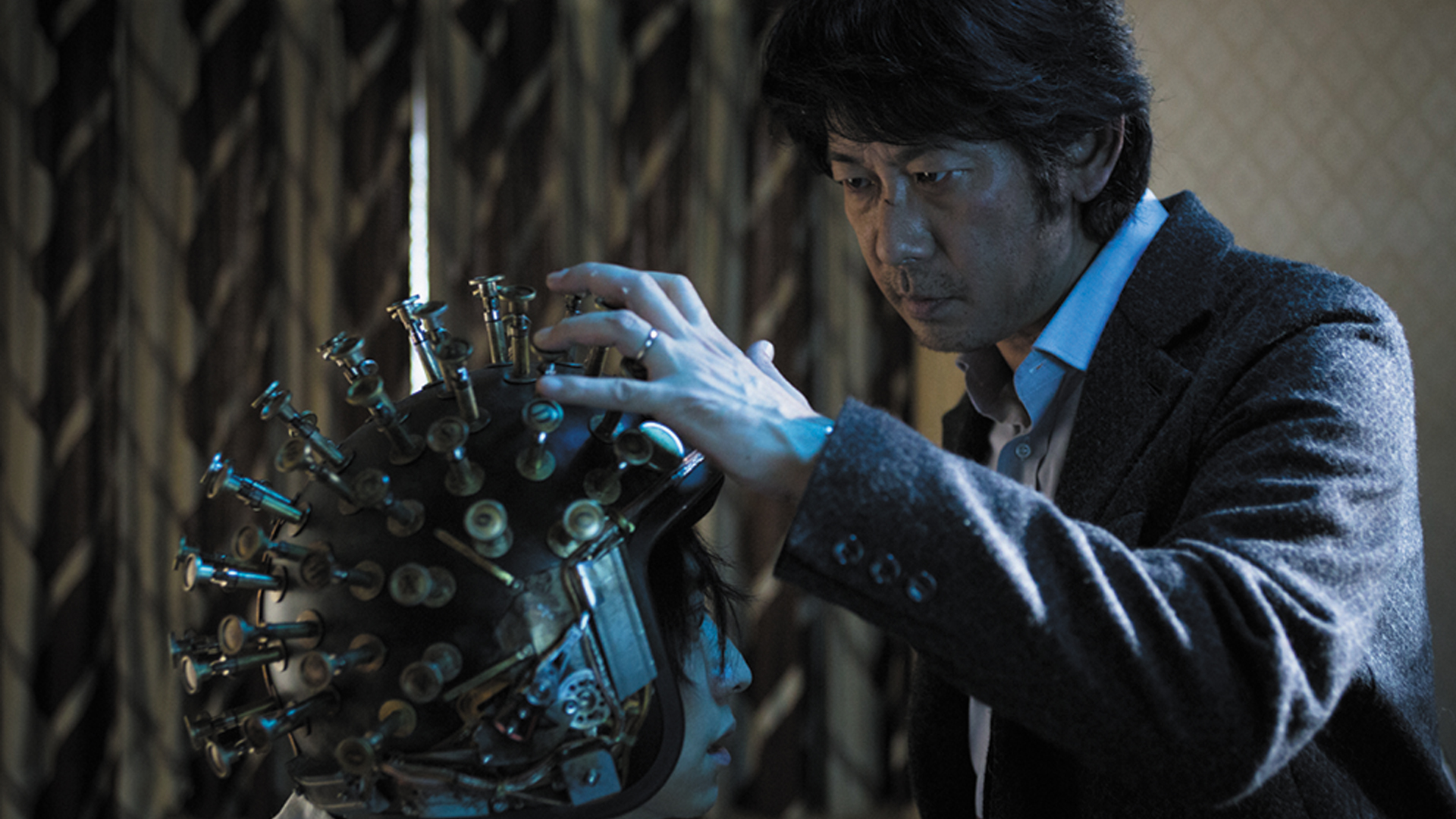 A middle aged man, named Kanzaki, comes to a small town with a big box in his hand. He entered a shabby shop where an old woman sits alone lifelessly. He takes out an odd helmet from the box, and put it on the old woman’s head. When he pushes one of the buttons on the helmet, her face becomes cheerful with joy. Her memory with her beloved mother was suddenly brought in her mind. Kanzaki goes to the town office and meets the mayor and officers. They are fascinated by the mysterious power of the helmet, and ask Kanzaki to stay in this town for a while to encourage town people who lost their hope and live dull lives. Kanzaki is pleased to agree to stay in the town. But nobody realizes his secret purpose to come this town…… 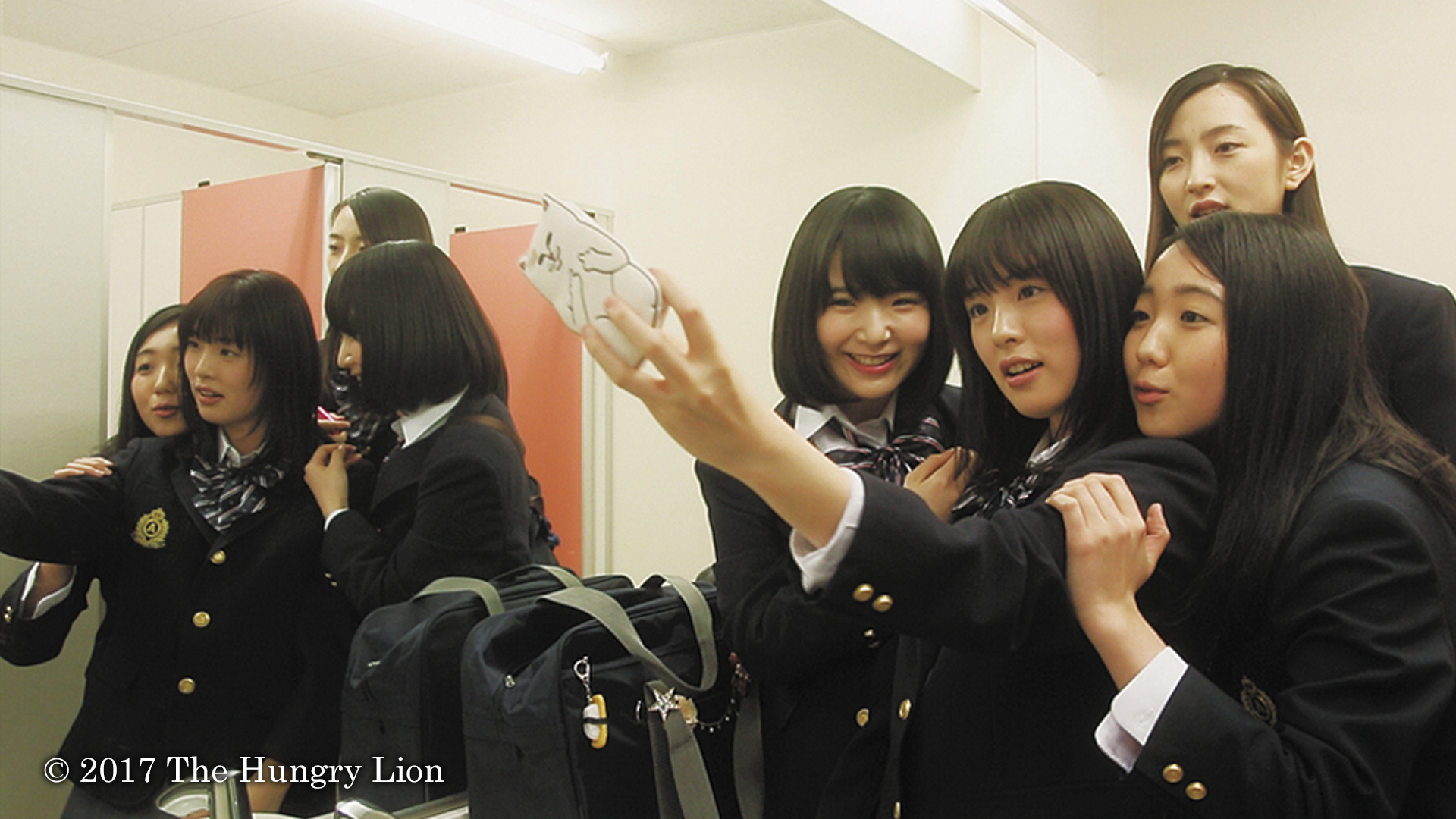 Hitomi’s homeroom teacher is taken away by the police for suspected child prostitution and child pornography. A rumor starts that Hitomi leaked a video of the teacher. She can’t believe anyone would fall for such a lie, but it spreads like wildfire and Hitomi kills herself. The arrest of a teacher and the suicide of his student is easy prey for the media and reporting intensifies, creating a false image of Hitomi… 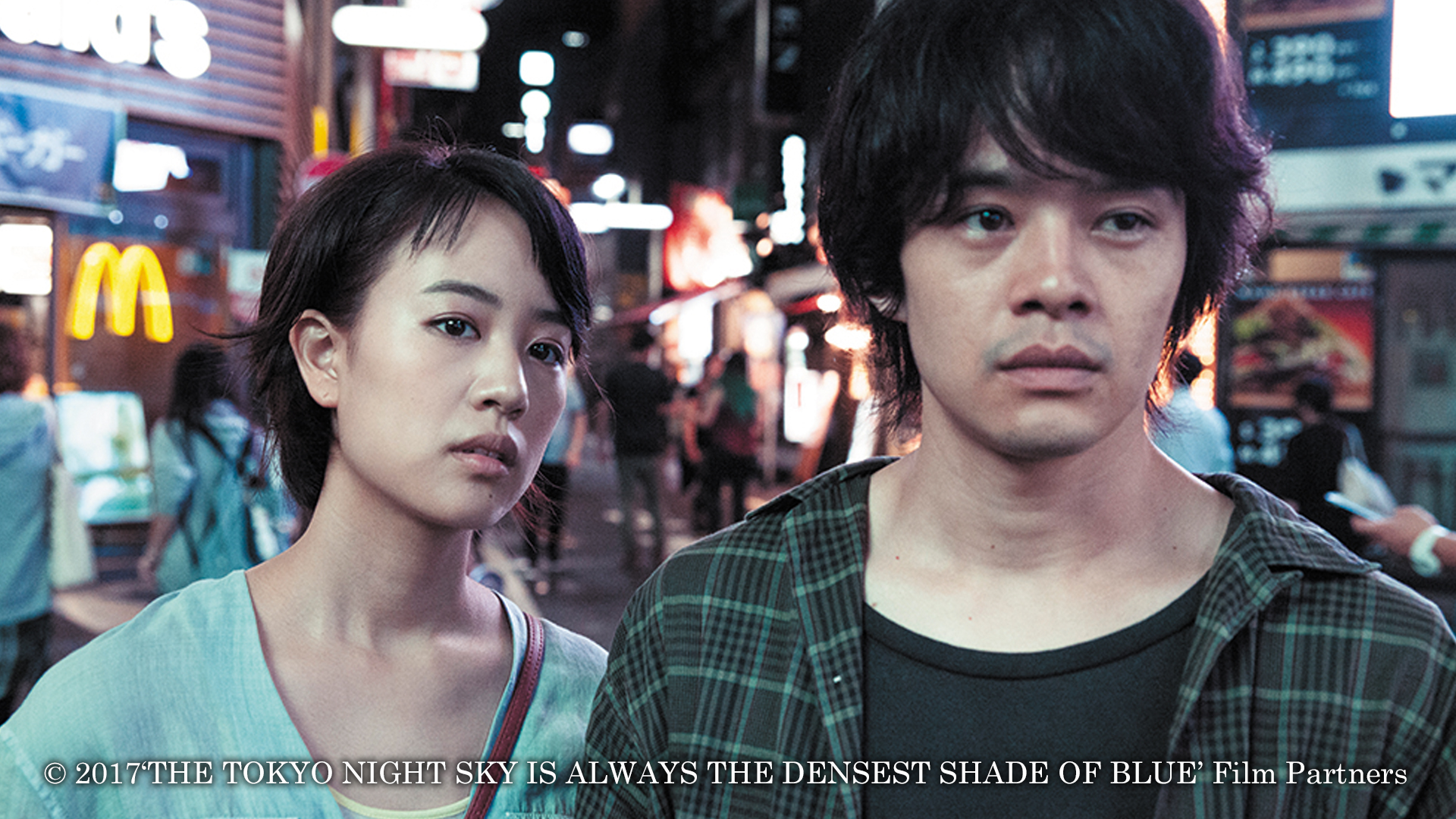 Newcomer Shizuka Ishibashi throws herself into the role of Mika, a nurse by day, a ‘girlie bar’ hostess by night, subject to feelings of anxiety and isolation, and unable to reach through a hard outer shell that stops her from expressing tenderness to anyone else. Sosuke Ikematsu, one of Japan’s most important young actors, stars as Shinji, who struggles as a day-hire construction worker with a sense of impending doom, but who still tries to find the source of an unnamable hope he feels inside. The setting is Tokyo in 2017, where empty words, a sense of doom, and feelings of isolation co-exist with hope, trust, and love. In the sense of real life conjured up in these two people is a new kind of film: the densest kind of love story. 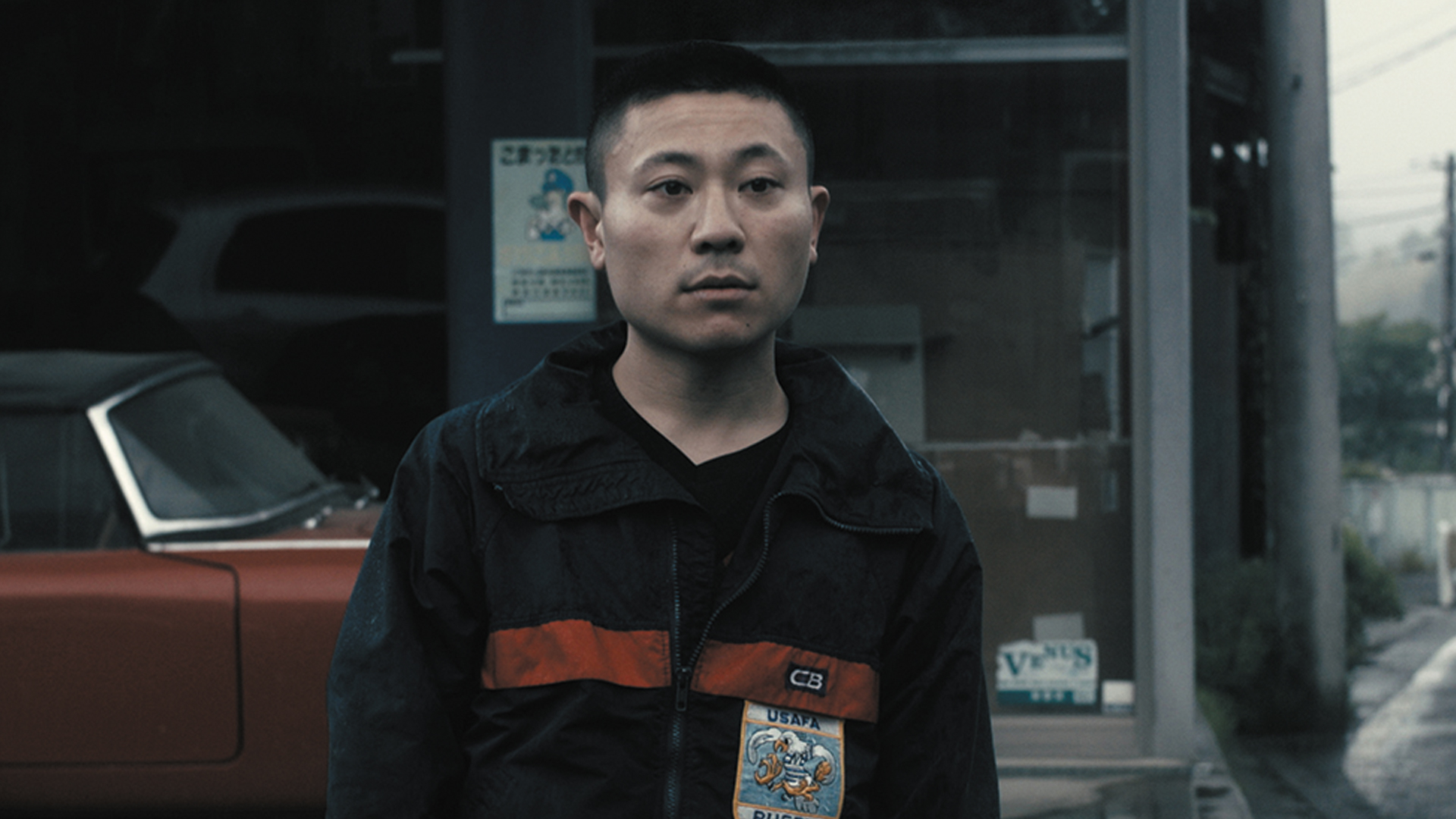 Ryutaro Ninomiya, 27 years old, lives a fairly simple – works at an auto-repair shop, reads books and drinks a few beers. One day he receives a phone call from his childhood friend, Yusuke, that his mother Ryuko is dying from Hepatitis C and does not have much time left. Despite knowing for a while that Ryuko was sick, Ryutaro hasn’t visited her. But today, he decides to go. This is a story of Ryutaro’s 4 days. 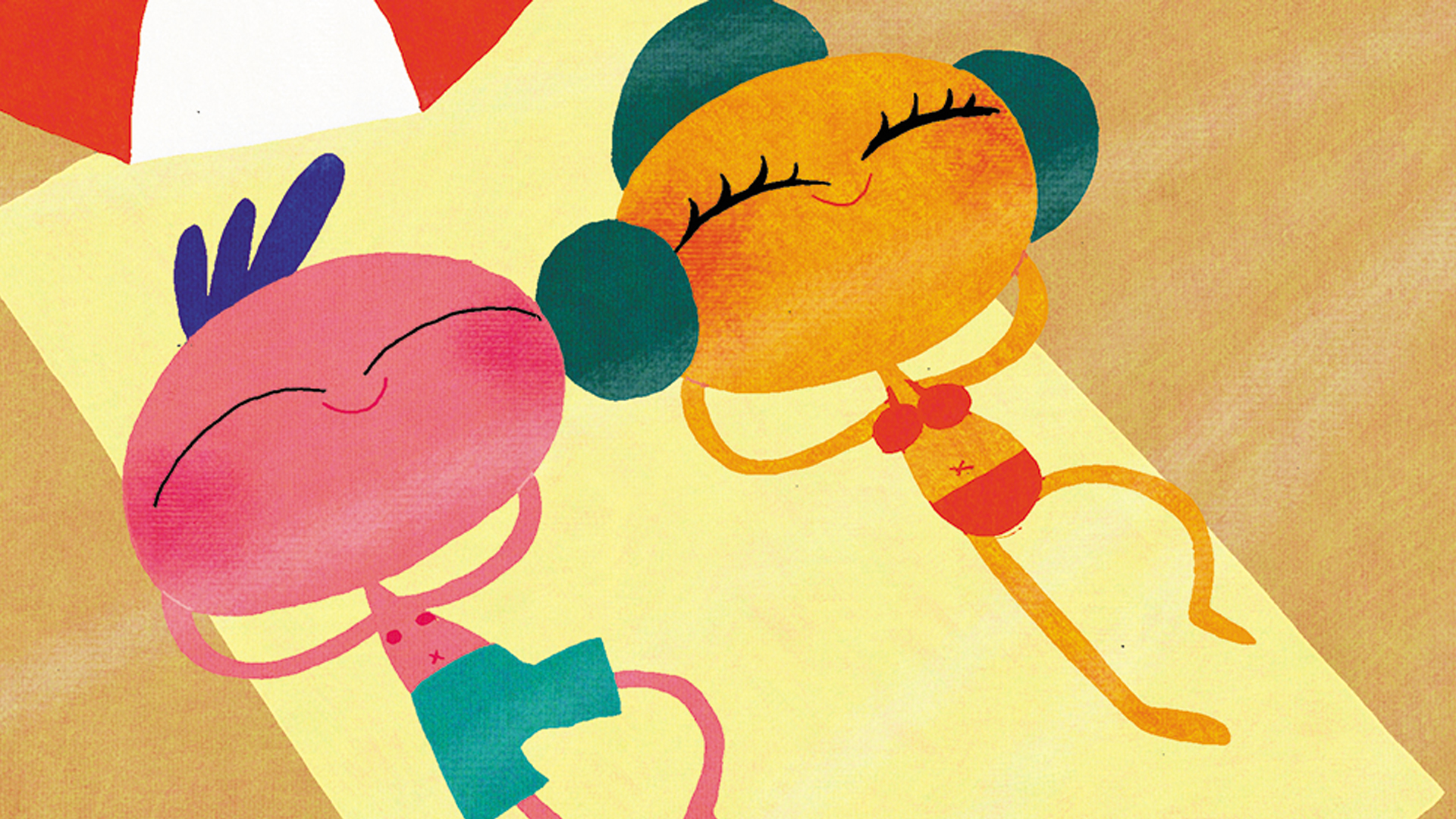 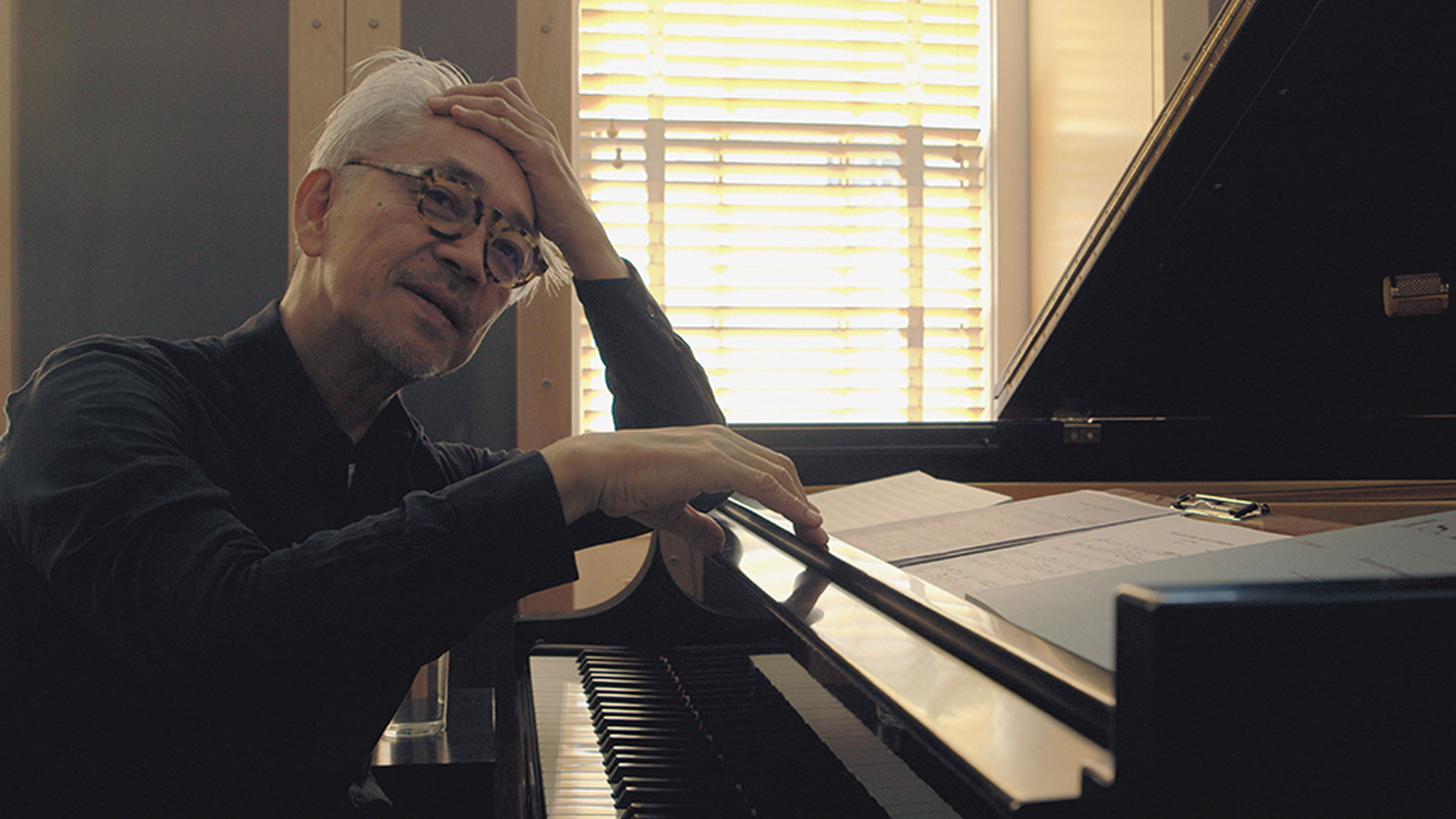 A portrait of a genius music composer Ryuichi Sakamoto.

In This Corner Of The World
この世界の片隅に 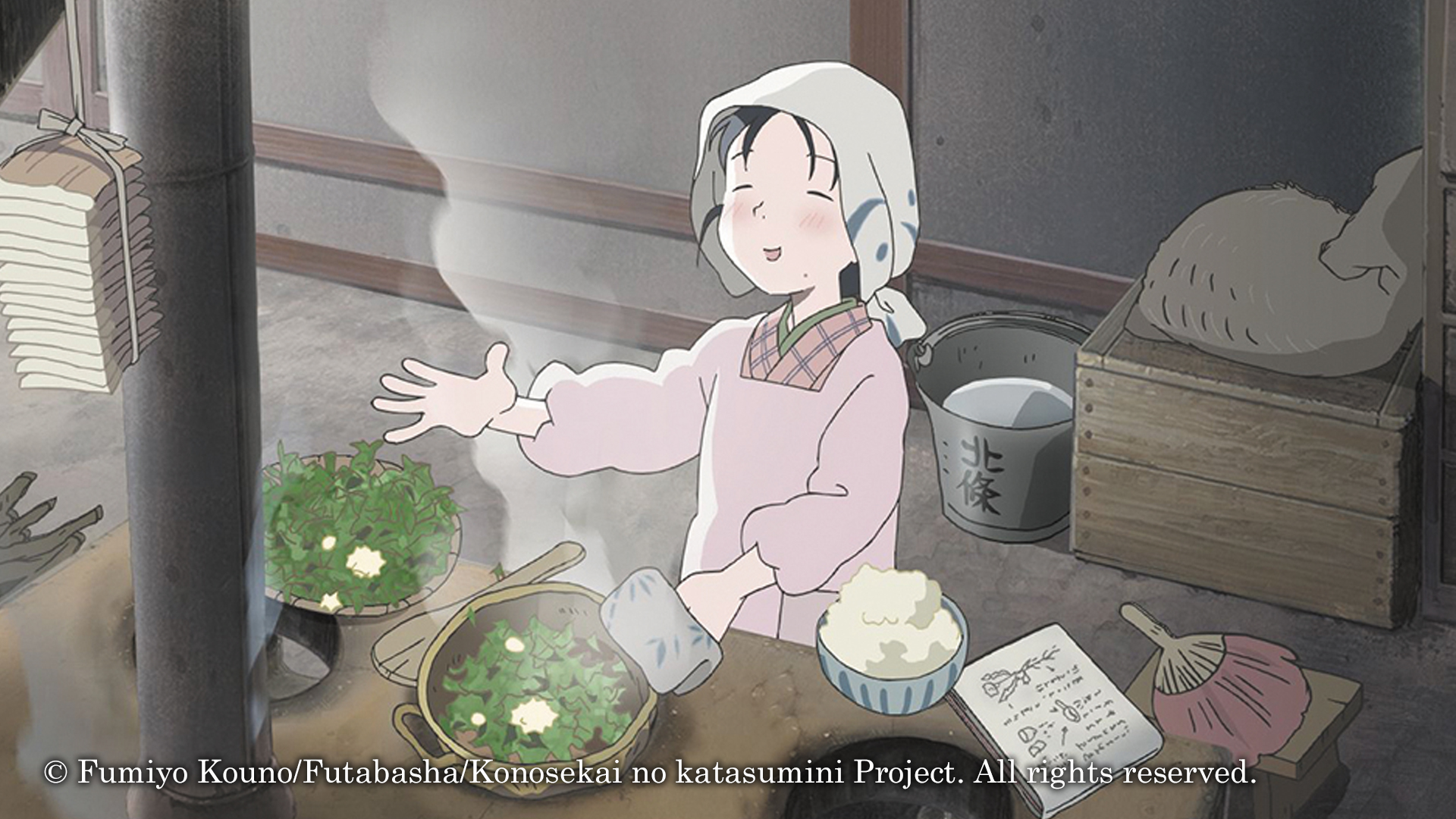 The award-winning story follows a young girl named Suzu Urano, who in 1944 moves to the small town of Kure in Hiroshima where she marries Shūsaku Hōjō – a young clerk who works at the local naval base. Living with his family, Suzu becomes essential to the running of the household and creatively prepares meals during the tough wartime conditions while also carrying out daily housework. In 1945, intense bombings by the US military finally reach Kure with devastating effect to the townsfolk and their way of life. Suzu’s life is changed irrevocably, but through perseverance and courage, she manages to continue to live life to the fullest. This beautiful yet tragic tale shows that even in the face of adversity and loss, people can come together and rebuild their lives. 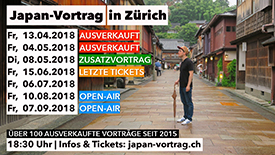